You are here: Home / Features / The One Sentence That Birthed OptiLink 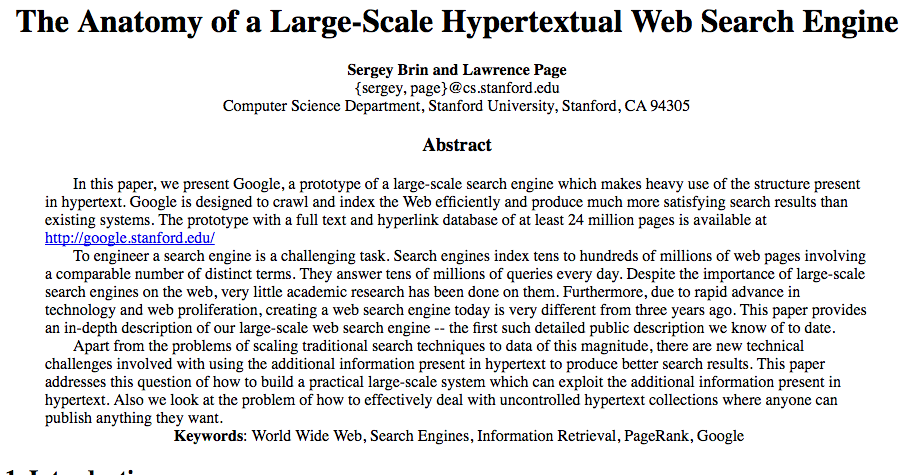 You almost never know how important something is while it's happening.  This was one of the most pivotal moments in my life, then and since, but I would not see that until much later.

At the time, I was 46, married, one of two children still at home, and doing contracting in addition to various affiliate sites. My wife worked at Intel (a bone of contention!) and did I mention our 4 horses and 6 acre stable?

The Internet Marketing world was incredibly small back then, so everybody was on Michael's list. He selected half a dozen or more and introduced me along with the final prototype of OptiText with a request to review it, give feedback, and open a conversation about marketing it to their lists.

I did get some responses, but it was pretty underwhelming - especially given my growing ethics question as I continued to test and experiment with keyword density and link counting. I'd been hammering against the Google ranking problem for more than a year and nothing anyone said made any sense at all. That was still true.

It was now late November 2001 and it had been a couple weeks since I sent review copies of OptiText to Michael's contacts. There was this one guy who was the single best reviewer possible - I'll tell you why in a moment - and multiple emails to him went unanswered.

I needed to talk to him! Here's a life lesson to take away: pick up the phone! The lesson is more than that. These reviewers were "the gods of the Internet." It would be so easy to just let it slide and not risk being a pest. I was a "nobody." But I really needed his feedback. I finally got him on the phone.

"I don't really like it.  Sure, I suppose it's a better keyword counter, but that's not much to write about."

Huh. Okay.  Not exactly the review I was looking for, and if the call had ended there, you would not be reading this post, and you'd have never heard of me. So part 2 of this life lesson is to always keep trying, even when it looks like there is nothing to salvage (which is what it looked like to me).

Outwardly undaunted, I pressed him some more, and at some point he dropped this bombshell:

"What you ought to be looking at is anchor text.  There's something going on there, but we're not sure what.  You should start by reading the original Google paper." [emphasis mine]

Good God I had been stupid.

The founders of Google had actually written about their new-fangled search engine while at Stanford.  Duh. Maybe if I spent some time studying the source instead of buying into the B.S. from other software vendors and "gurus" I might actually learn something useful.

By the time I went to bed that night - to mostly lie awake - I had read, highlighted, and scribbled all over Page and Brin's original paper.

All of this set in motion by one clue, from one reviewer, of a tool that didn't stand a chance of working, because Micheal suggested I get feedback, and I followed his advice and didn't give up.

Persistence got me this:

The paper uses the phrase “anchor text" 13 times and "link text" another 5. Here are some of the best bits from my original frantic markup:

I could go on, but this snippet is the real crusher:

Google considers each hit to be one of several different types (title, anchor, URL, plain text large font, plain text small font, ...), each of which has its own type-weight. The type-weights make up a vector indexed by type. Google counts the number of hits of each type in the hit list. Then every count is converted into a count-weight. Count-weights increase linearly with counts at first but quickly taper off so that more than a certain count will not help. We take the dot product of the vector of count-weights with the vector of type-weights to compute an IR score for the document. Finally, the IR score is combined with PageRank to give a final rank to the document.

This was their entire algorithm. If you don’t understand all of it, that’s okay, but aren’t the key factors absolutely clear? It was to me, and it fueled everything I did in SEO for about 7 years.

More than that, they gave a real example of how to rank with ONLY link text. It’s in section 5:

Notice that there is no title for the first result. This is because it was not crawled. Instead, Google relied on anchor text to determine this was a good answer to the query. Similarly, the fifth result is an email address which, of course, is not crawlable. It is also a result of anchor text.

OMG! I can rank with anchor text alone!

It was right there - plain as day - but no one was teaching this and there were no tools to analyze anchor text.

I couldn’t believe it. What a huge opportunity.

Now, you might be wondering... who is Mr X?  That's John Heard, the owner of Beyond Engineering and best known for one of the two leading search engine "cloaking" software. John understood search as well as anyone outside Google and understood software too. Maybe that doesn't seem like much today, but it was rare back then. There's more to John in this story coming up, and it's juicy, so stay tuned for that.

So, Now Life is Good, Right?

NO! Sure, OptiText is dead - and good riddance - and this brand new software that Google itself told me how to build promises to be groundbreaking, but there's this new and even BIGGER problem:

the specification for OptiLink was plain as day, right out in the open in Page and Brin's very own paper! There's the entire secret to ranking, fully disclosed, just waiting for someone ELSE to spend the 5 hours I did to read it.

I was in a complete panic!

I just knew there had to be six other guys working on the same idea. One, or maybe more, would hit the market any day. Now that I finally had something that I could really sell, it would all be taken away from me! It went on-and-on like that inside my head.

I was stressed out of my mind; unhappy as hell; and not that fun to live with. And as I got closer to ready - it just got worse! I went seriously NUTS when I had enough software built to run real tests and the paper was right! Every ranking problem I'd tried to figure out before, I could now completely explain with my cobbled together prototype.

I was scared out of my mind! But if I could just hit the market first - I was looking at a major change of life.

From the phone call with John to mailing Michael Campbell's list was a BRUTAL 6 months. I got there first! Yay me. I was (literally!) an overnight sensation.

So, Now Life is Good, Right?

Well, almost, there's more to a business than a product, especially when you take Google by complete surprise! Tomorrow I'll tell you the behind the scenes I've never before published.

OptiLink: The start of an era, now 20 years ago

2021 SEO stats that you need to know • Digital Dot