You are here: Home / Features / The Launch - and Repercussions - of OptiLink

It’s hard to explain the stress of that time, but as I write this account, I can feel it all over again. I knew that what I had found would revolutionize SEO, but to profit from it, I had to be first! 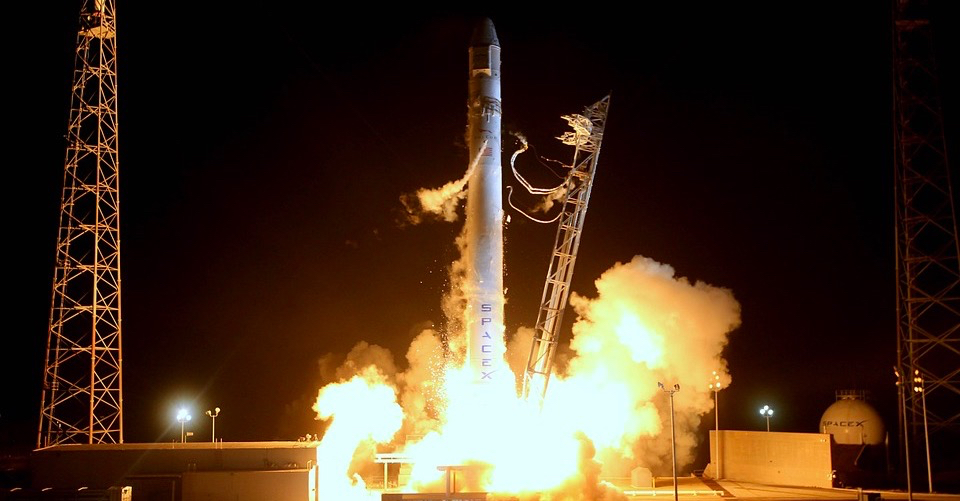 But I had no idea how much time I had.. Was someone a week away from releasing the same tool? Was someone about finished with a training course or ebook exposing the secret? There was no way to know and caution would only make the matter worse.

I coded at a breakneck pace, but that was only half of it - and the easy half at that! I had to verify that what Google wrote was true and that I could create actionable advice from my software. Plus, I didn’t have any documentation, a website, a cart, an affiliate system, or even a merchant account. Truly, I did not sleep well for 6 months.

And remember, this was “the old days.” I coded webpages in the Linux text editor. I built my (primitive) shopping cart in Perl. I built an entire affiliate tracking and reporting system from scratch, also in Perl, in about 48 hours because that was faster than testing the commercial packages. Oh, and gosh, maybe I should have a sales letter?

As I got the code to work and proved what it could do, Michael and I got more excited - and I got even more scared: what if I was even just one day late? Michael was mailing his newsletter every other Thursday, so we decided to announce OptiLink on May 22, 2002.

That was an aggressive schedule. I did not even get my merchant account approved until the morning of May 21st! It took me a couple hours to setup Authorize.net and then Michael ran a test order - which failed! Yes, I was naive.

I had all the recommended fraud settings in place, which blocked ordering even from Canada. Unbelievable. In fact, in the first 48 hours after launch, I removed every single anti-fraud setting, one-by-one, as customers from around the world tried to purchase.

By early Thursday morning, well, actually I guess you’d call 2 am part of Wednesday night, affiliate tracking through Michael’s link was tested, the download page working, and the OptiLink installer (no "clouds" back then!) was finally working as well.

Michael asks “are you ready?” I lied... I said yes! 🙂 He hit send. My world changed forever.

As I said, this was the old days. I didn’t know Jeff Walker and PLF back then, so there was no “pre-launch sequence”. Michael simply wrote an article along with his blessing and a link. That was it. No warm up, no videos, no sequence even. But it worked.

Now, we did not “melt the server”, that silly expression was not invented yet, but early sales proved beyond any doubt that we really had something. I got drunk and bedded down for some much needed sleep while orders poured in overnight.

I learned a lot from this. Here are two tidbits you might need someday as well.

Turns out, my fears were unfounded. Not only was I first to market, I was the only one that even noticed the secret of OptiLink hidden in plain view. I did not really need to race against the clock. The only competition for OptiLink would occur more than 2 years later from a customer that simply copied both the tool and the sales message (a story for later).

Lesson 1: Innovations happen when a unique combination of person, place, and time come together. In 2002, I was a rarity: a programmer, turned marketer, trying to do SEO. That’s no longer rare, but in your niche, there is likely - right now - some undeveloped innovation that just needs the same fresh viewpoint that I brought to SEO in 2002. You could be that person.

I was moving so fast, that I didn’t even try to “prioritize” or “plan” - I just worked. It all had to get done so it almost didn’t matter what I worked on or in what order. Yes, it was chaos but I build a million dollar business in six months from scratch.

Lesson 2: Fast really is the new big. Just create value. Organizing your work almost never creates value. Only work can create value. Sure, if you’re building a rocket, you need some process, but almost everyone I know is too concerned with planning and process and not fast enough at just getting shit done.

I did not plan OptiLink, I just did it. And chaos ensued. The launch of OptiLink was not the end of that either. Success breeds a kind of chaos of it’s own and that continued all summer long, starting with...

a phone call from Google.

My Call From Googler #5

It was June 6, 2002. My desk phone (remember those?) rings and someone named Ray Sidney from Google wants to talk with me about OptiLink. Seems it might violate their ToS. This was just 15 days after OptiLink was announced, so I’m calling that proof that someone at Google was reading Michael Campbell’s newsletter! 🙂

I invited Ray to just download the software and try it, but he had visions of Trojan horses invading his computer and galloping throughout the Googleplex [wish I’d thought of that!] so he declined.

All I needed to do was shoot a 3 minute screen recording to show him how OptiLink worked, but did I mention this was 2002? That was hard work back then! And a 10Mb mov file doesn’t seem like much now, but you really noticed it on a 250Mb hard drive (yes, that’s an M, not a G!).

I finally got the new-user video recorded and sent him a link on November 11th - yeah I know, I took my damn sweet time. We'll get to why.

Ray:
OK, I watched the movie.
I'm not quite following your argument. It seems as though your app violates our ToS and our robots.txt file by fetching as many backlinks for a page as the end user sets it to.
Leslie:
OptiLink is not a robot and does no 'spidering' of Google, so I do not see how, or why, it would make use of a robots.txt file. OptiLink makes no more use of Google than does any other browser. I noticed, upon looking at the robots.txt file, that /search is blocked, which is a bit misleading, since that is precisely what all browsers use, OptiLink included.
Presumably, the /search entry is intended to block meta-search crawlers - a very different sort of animal than OptiLink.

At the time, Google had a search API. Why? Who knows. It was expressly not for “commercial" use. Research? I guess once a grad student always a grad student. Anyway, that might help understand this exchange since I had suggested that any issue they had with tools like OptiLink could be solved by marketing and regulating the API.

Ray:
We produce all our pages as HTML for human eyeballs to view them, and our advertisers pay us money expecting exactly that.
Leslie:
Yes, as I suggested in our initial phone contact, it is always about the money.
But. I'm wondering if you've noticed that a "link:" query never displays ads?

Furthermore, if that really is the argument, then the Google API is the answer.

It was a long message so I summed up:

Let's review.
1. The ToS says "automated" - OptiLink ain't.
2. There are no ads in the "link:" query results and in any case the OptiLink operator can in no event escape having a browser window open.  Sure, he doesn't have to look at it, but he can close his eyes even with IE, putting OptiLink on the same footing with any other browser.

There’s some more really good stuff in that email, but you’re likely itching for the conclusion, right? Here it is - sortof. On November 19th, Ray Sidney wrote:

Heh. A pretty well thought-out response, I must admit. You do indeed make some good points. I see what you mean-- you're only fetching a single page of [backlinks] results from Google for each action of the user, and you make this page completely available and viewable. I hadn't quite grasped this. You're right; this seems fine. I'm not going to give you a hard time.

Hurray, we win, right? No so fast. Here’s my reply to him the following day (Nov 20th):

Glad to hear that I will be escaping 'hard time', but it wasn't honestly me that I was concerned about.

Over the last several months, no less than three web sites have been dropped from the google index with OptiLink association being the primary, if not exclusive, justification communicated to these site owners. Each of the sites was subsequently restored upon pleading with various folks at google (Matt was the point of contact in at least one case). [emphasis added]

If this ToS issue is truly resolved, then is it safe to say that people like John Heard, Terry Plank and Robin Nobles can restore there links to OptiLink? Is it safe for these folks, and others, to restore their public endorsements without threat of being dropped (again)? My goal here is clarity. I want to make sure that this issue is resolved so that I can be clear with my customers and affiliates.

You see, what Ray did not know, is that my affiliates were being banned! Not all of them, but it did ultimately put one of them out of business. The “last straw” was when John Heard’s main domain, that he only ever used for email, was dialed to PR0. Strange don’t you think that this happened just days after I posted his personal endorsement to the top of my sales letter?

So I suggested that Ray talk to Matt and oh how the world changed come November 25th.

Hi, Leslie.
Upon further reflection, I'm afraid I'm going to have to do a bit of a turn-around on this. Google produces search results of all sorts intending them to be viewed by human eyes. Any kind of programmatic/automated querying on Google consumes our server resources, and is unwelcome and not recommended.
Although OptiLink makes available for viewing the results pages of backlinks that Google produces, that's clearly not the actual focus of what it does. We view this program as something that violates our Terms of Service, and we might pursue a variety of remedies against anyone associated with it, including (but not limited to):
- banning the use of Google services;
- permanently removing domains from our index;
- legal action.
No need to write back if it's to ask how you could engineer your software to be something we don’t object to.
Regards,
Ray

The grand arrogance of this message is amazing enough, but more astonishing than that is their complete naivety regarding even the most basic tenants of the law regulating commerce.

And the man behind the curtain was... 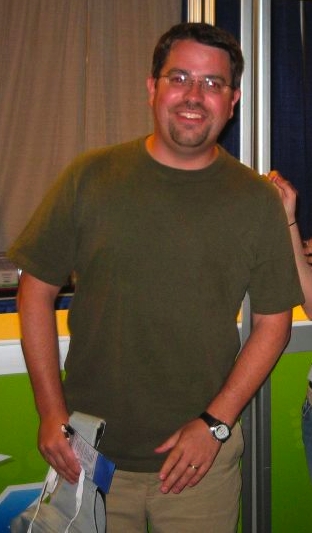 I'll chronicle the full bloody battle, and the more-or-less triumphant conclusion, tomorrow, but let me leave with you with just this one telling tidbit:

"... If you are willing not to use programs that violate our terms of service, we'd be happy to re-instate your domain.
Matt"

That email snippet is from Matt stating explicitly that endorsement of OptiLink resulted in the person's site getting delisted.

More fun tomorrow, including full emails and my public legal argument with "Google Guy" that finally got it resolved.

OptiLink: The start of an era, now 20 years ago

The One Sentence That Birthed OptiLink

Your Comprehensive Guide to Technical SEO