You are here: Home / Features / My Open Legal Battle With "Google Guy"

I didn’t need Google’s approval of OptiLink. They never were able to detect it, or even materially impact my sales, but banning my affiliates? That’s not okay. 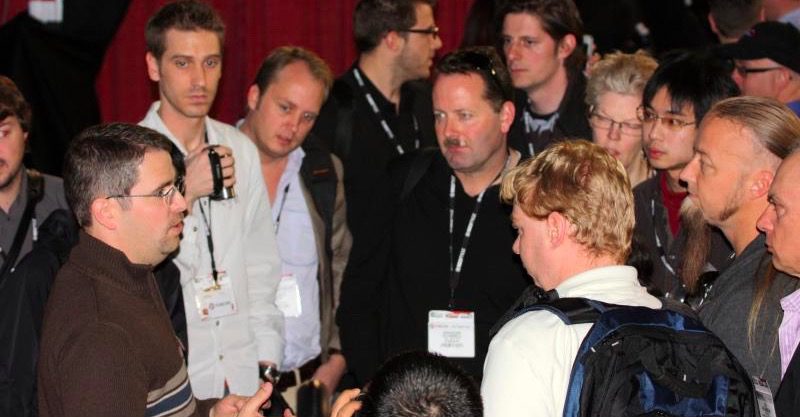 I don't recall exactly when it started, but it wasn't more than a month or six weeks after release and started with just the two largest sellers other than Michael.

Strangely, Planet Ocean News, my 2nd largest affiliate, started selling OptiLink in July and was never attacked. Terry Plank however did ultimately get pushed out of business by the ban and a few others certainly lost money.

During this same time, Bob Massa, the owner of Search King, was suing Google over (essentially) doing “manual overrides” to PageRank, despite it being widely described and promoted as an “algorithm” not subject to human whim. In speaking with Bob, I do think he was arguing the wrong issues, but I also think that he began to get the attention of some “adult supervision” at Google.

Calling Google “young and reckless” at this stage was in no way an exaggeration.
They were so naive and unsupervised as to actually admit in email to actions that were illegal. Here’s an excerpt from a email from Matt Cutts to one of my affiliates:

I can confirm that ***.com and ***.com were removed from our index pending a more full review. Among other things, someone reported your endorsement of a program (Optilink) that clearly violates our Terms of Service; please see http://www.google.com/terms_of_service.html. The use of any programs to access Google without permission is unwelcome.

Your quote on that page verifies that you've violated our Terms of Service (link) by sending programmatic queries to Google. ... If you are willing not to use programs that violate our terms of service, we'd be happy to re-instate your domain.

Huh? Which domains? Every one that I own? And how are my domains connected to my use of OptiLink? I don’t use OptiLink from my domain, I use it from my house. The Google ToS governs the use of Google as a searcher. My domains are another matter entirely.

If you want to do the legal deep-dive on this, start with “tying arrangement” and “abuse of market influence”. You might just find FTC’s case against Microsoft presented as an example, a lawsuit that even a couple of young computer science students must have heard of.

Then in September, John Heard gave me that fantastic endorsement, and about 3 days later noticed his main site was dialed to PR0. By then we both knew who was behind it, so John confronted Matt directly:

"This is interesting, so Google is banning my site because I have said good things about a program that supposedly violates something in your terms of service??? Are you going to ban everyone that mentions a piece of software or method that you don't like? Honestly Matt, this seems like quite a strange thing your company is doing, I'm quite concerned about your companies ethics involved here and where this may lead.

You and I had personal discussion about that very piece of software in San Jose. Did you ever actually get a copy of it and see if it was violating your terms of service? Like I told you earlier, it didn't appear to me that it was. But of course that is up to someone there at Google.

Well, I certainly never would have expected this, so what do I have to do to get my bey.com site back in the index? Should contact that website and have them remove my comments? Do I need to buy an ad in Google Adwords? What?

Matt answered with this:

Buying an ad has no positive or negative impact on search rankings. Your quote on that page verifies that you've violated our Terms of Service (see http://www.google.com/terms_of_service.html) by sending programmatic queries to Google. As you know, automatic queries are not welcome on Google because of the load that they place on our server. If you are willing not to use programs that violate our terms of service, we'd be happy to re-instate your domain.

John was pretty incensed, but it didn't impact his business in the least - it was only an email domain - so life went on.

So should I call the FTC and get a case started? Maybe, but let’s try the court of public opinion first. That turned out to be really effective and cost nothing.

Back in the day, there was this poster in WebMasterWorld named “Google Guy”. By now it was an "open secret" that GG was none other than Matt. Thanks to Jim Boykin, the forum trace from late 2002 is still preserved for everyone to enjoy. I’ll hit the highlights, but here’s the link to the whole conversation: https://www.webmasterworld.com/forum3/7164.htm

In response to a pre-sales question on WMW, a piece of my response included:

Google is currently "conflicted" concerning OptiLink, having taken a stand, retracted, and gone back again, but this is only an issue for people _promoting_ the product and will soon be resolved one way or another anyway.

I guess that was too much for GG because he posted this reply just 2 hours later:

Someone said that "Google is currently "conflicted" concerning OptiLink..."
I think I can solve that conflict. Our Terms of Service do not permit programmatic queries without permission. Someone who uses OptiLink may have their IP addresses banned or their domains removed from our index. It's that simple.

Added: just to clarify on one point, Windrose states that "using OptiLink is completely invisible” to search engines. As always, you may want to take such claims from the creator of a program with a grain of salt. Other people have claimed their programs were completely invisible before, and such claims have also been proven false before.

In all seriousness: please do not use programs to send any automatic queries (of any kind) to Google. Such programs take server resources away that should be used to serve queries to actual searchers.

Of course, that’s just the same B.S. argument I’d already rebutted with Ray Sidney only days earlier, but it bore repeating in public where everyone could see the emperor’s invisible clothing for themselves, so...

Google's Terms of Service are at best ambiguous. ALL queries are "automated" to the extent that programs are the only means to make queries. IE is an "automated" query. If anyone doubts this, they should try doing one by hand. Or if you can't figure out how to get your hand stuck into an RJ11 jack, then use telnet. Mechanically that's less painful, of course telnet is a program (read: automated), but in trying to query Google with nothing but telnet you will soon find out just how much today's browsers "automate".

What does Google imagine separates a standard browser, which presumably you would not classify as automated, from programs that you presume the ToS bans? Programs that run unattended or run from server farms might arguably qualify, but what about programs that will not operate w/o the end user pressing the start button from the comfort of his own desk chair? OptiLink does nothing more nor less than fetch the same result page IE does when doing a link query and provides a very similar graphic to the user. This is in some way more automated than IE? A strange notion indeed.

But no more strange than Google's notion of what constitutes appropriate countermeasures, which in most legal contemplation would be instantly deemed both arbitrary and vindictive. Blocking an IP due to server load, a variation of denial of service, is reasonable and justifiable. But banning an unrelated domain? Or what about banning a site for linking to a banned site? Or banning a domain unrelated to the "offensive software" just because the whois data shows that it is owned by someone having made a public endorsement for said product? What about doing this three times in one month? I suspect that you know first hand that these are more than just theoretical possibilities. Who knows, we might find out through discovery. [emphasis added]

We go back and forth a couple times, with GG repeating himself and me being even more pedantic, but this tidbit from page 2 of the thread is worth repeating:

And more than that, the types and extent of counter-measures that can legally be used by a company in response to a violation of a ToS, whether well-formed or not, has also been repeatedly addressed. [emphasis added] Someone suggested here that a violation of the ToS would likely (and by implication correctly) result in banning the ip or complaining to the isp. But wouldn't it be better to just look up the person in the whois database and ban one or more of their websites? if you said yes, there might actually be a job for you in the search engine industry.

That bit at the end was me having some fun exercising my sarcasm gene, but the bolded stuff is the meat of the issue.

But did any of that really matter?

Hard to tell. John’s site was restored to PR5 a few days before these forum posts and the other banned sites were still clawing their way back into results after taking down their public endorsements of OptiLink.

Bob Massa’s suit went nowhere and I never made an FTC case of this (because I was technically not even harmed!), but there was never a banning of any of my affiliates ever again, for any of my products, so that’s a win, plus John’s endorsement remained on my site for years-and-years to come.

As my brand grew, I had close to 100 affiliates and not one of them saw any retribution from Google - even in those cases when the domain name itself had “optilink” in the name!

All I wanted was to be left alone, and they did that. I didn’t expect them to mail an apology. It was enough for me that they stopped being petty and vindictive and instead got back to work improving what was then and still is the best search engine available.

The Next Chapter and the One After

OptiLink was not all I invented that fateful day I took John's advice: that same reading also spawned PageRank Sculpting and the very first site spider simulator (OptiSpider). Taken together, those three products were the SEO Magic Bullet for several years.

By then, I'd moved my gaze to the next frontier in online marketing - a topic I'll take up tomorrow.

7 SEO Myths that Could Limit Your Google Keyword Rankings

The Launch - and Repercussions - of OptiLink

Small Business SEO: Ranking Your Business On Top Of Google

Does Your Domain Help Your SEO? Here’s What You Need to Know